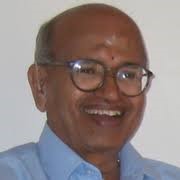 The global medical physics community lost one of its founding fathers, Dr. Udipi Madhvanath, who was IOMP President from 199 -1994 and passed away on 9 December 2021 in his home in Bengaluru, India. He was 89 years old. He was the first President, IOMP outside Western Europe and North America.

Dr.  Madhvanath assisted the initiation of the Dip. R.P. course in 1962. Most mainstream medical physicists in radiotherapy facilities in India since late 1960’s to 1980’s were the product of Dip RP course. M.Sc. medical physics courses were subsequently established in India.

In 1976, Dr. Madhvanath started the quarterly bulletin of AMPI (Association of Medical Physicists in India), being its first Editor. The Bulletin ultimately took the shape of the present Journal of Medical Physics (JMP). JMP is an indexed journal in PubMed and is one of the official publications of IOMP. He motivated the establishment of regional chapters of AMPI in India. He was founding member and President of AMPI and in 1986 he organised the Asian Regional Conference on Medical Physics.

Dr. Madhvanath was founding member of the IOMP Developing Countries Committee (DCC – now Professional Relations Committee PRC). Following his active work for the global development of medical physics in developing countries, he was elected in 1988 Vice-President (President-Elect) of IOMP at the World Congress in San Antonio, Texas.

In 1991, at the World Congress in Kyoto, Dr.   Madhvanath became the 10th President of IOMP and he was Vice-President of IUPESM (the International Union for Physical and Engineering Sciences in Medicine) from 1994 to 1997. In this position he worked towards the recognition of the IUPESM as member of ICSU (International Council of Scientific Unions) – an activity necessary for the official recognition of our scientific fields.

Dr.  Madhvanath was awarded Ramaih Naidu Oration in India and with Fellowship of AMPI. Asian Federation of Organizations for Medical Physics (AFOMP) awarded him with its Outstanding Medical Physicists Award. In 2020 IUPESM included Prof Udipi Madhvanath in its first List of Outstanding International Leaders of Medical Physics and Biomedical Engineering and bestowed upon him their inaugural Fellowship, what he was happy to accept at a special online ceremony.

Dr. Madhvanath is survived by a meritorious son Sriganesh Madhvanath who is Senior Director of Applied Research at eBay Inc in the USA. He has established a farewell blog which can be accessed at: https://nandi.blog/2021/12/13/dr-udipi-madhvanath/

He was highly spiritually oriented and a devout follower of Sai Baba. He believed in helping others.

IOMP expresses thanks to Dr.  Madhvanath for his enormous contribution to the global development of medical physics!

On behalf of the IOMP Executive Committee we are sending deepest condolences to Dr.  Madhvanath’s family.