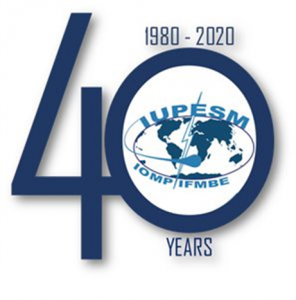 IUPESM, the Union of IOMP and IFMBE, was formed in 1980 and celebrates this year its 40th anniversary. In this period IUPESM achieved recognition of the professions of medical physicists and biomedical engineers through a Full membership to the International Science Council (ISC), and also achieved their inclusion in the International Standard Classification of Occupations  (ISCO 08).

To celebrate its Anniversary IUPESM introduced a Fellowship (FIUPESM) to be awarded to the most prominent leaders of the Union during these 40 years. The Virtual ceremony, celebrating the Anniversary and awarding the Fellowships, will be on 20 November. The video from the ceremony will be available in December.

The current IUPESM leads express their gratitude to all colleagues, who contributed to the various IUPESM Committees and were part of the many successful IUPESM activities aimed at the advancement of physical and engineering sciences in medicine for the benefit and wellbeing of humanity. 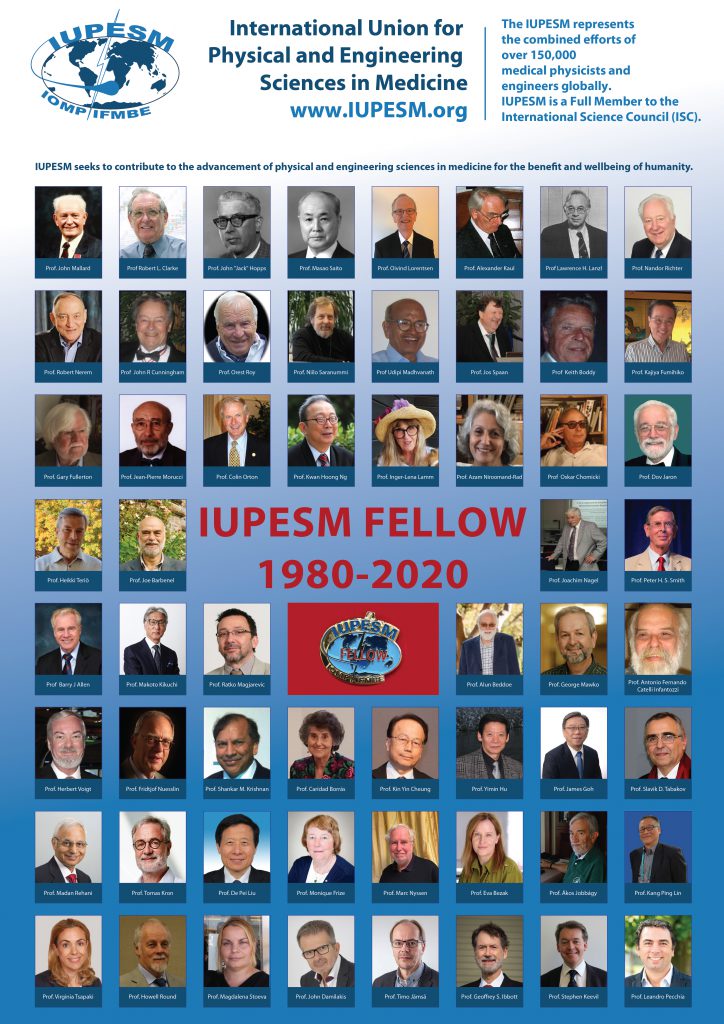