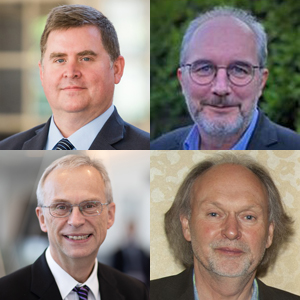 IOMP-ICRP Webinar: Are radiation risks below 100 mGy for example through recurrent CT procedures of real concern for radiological protection?

NEW: CME/CPD credit point shall be awarded for participation in the webinar in full.

To check the corresponding time in your country please check this link:
https://greenwichmeantime.com/time-gadgets/time-zone-converter/ 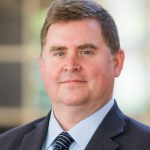 Christopher Clement is the Scientific Secretary & CEO of the International Commission on Radiological Protection (ICRP), overseeing the daily business of ICRP and representing the organisation in many international fora since 2008. He has presented well over 300 invited lectures in more than 40 countries and overseen the production of more than 70 issues of Annals of the ICRP as Editor-in-Chief. Since 2012 he has been a member of the International Radiation Protection Association (IRPA) Executive Council, and Vice-President of IRPA since 2021. He has more than 30 years of experience in radiological protection, including environmental monitoring and remediation, radiological counterterrorism, and as Director of Radiation Protection at the Canadian Nuclear Safety Commission. In 2019, he received the Ambassador’s Award from the Ambassador of Japan to Canada for his work in recovery after the Fukushima Daiichi accident and the promotion of mutual understanding and friendly relations between Japan and Canada. 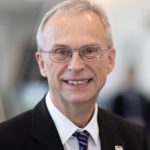 Werner Rühm leads the Medical and Environmental Dosimetry Group at the Helmholtz Center Munich, Institute of Radiation Medicine, Germany. In addition, he is professor at the Medical Faculty of the University of Munich. He has been a member of Committee 1 “Radiation Effects” (C1) of the International Commission on Radiological Protection (ICRP) since 2005, serving as C1 Secretary from 2012 to 2016, and as C1 Chair from 2016 to 2021. Currently he is currently chairing ICRP TG91 on Dose and Dose-Rate Effectiveness Factor. From 2014 – 2020 he was Chair of the European Radiation Dosimetry Group (EURADOS), and in 2020 he was elected Chair of the German Radiation Protection Commission (SSK). In 2020 Werner Rühm was elected by the German Federal Parliament and the Federal Council of Germany as a member of the National Civil Society Board, and in 2021 he was elected Chair of ICRP. He is a member of the German delegation to UNSCEAR. 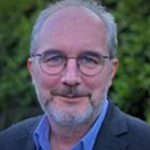 Dominique Laurier has 25 years of experience in the field of radiation epidemiology. He works at the French Institute for Radiation Protection and Nuclear Safety (IRSN) as Deputy Head of the Health Division. He has been a member of the main commission of the International Commission on Radiological Protection (ICRP) since 2017 and chairman of ICRP committee 1 since 2021. He is the French representative to UNSCEAR, and the chair of the Nuclear Energy Agency (NEA) High Level Group on Low Dose Research (HLG-LDR). 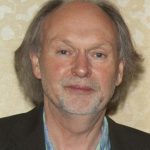 Richard Wakeford is Honorary Professor in Epidemiology in the Centre for Occupational and Environmental Health at The University of Manchester, UK. He worked in the nuclear industry for nearly 30 years advising on radiation risks before taking early retirement in 2006, then joining the academic staff of The University of Manchester as Professor before retiring at the end of 2019. Richard has been a member of ICRP Committee 1 since 2009 and has also been a member of a number of expert groups including as a member of the UK delegation to UNSCEAR, the EU Article 31 Group, the UK Committee on Medical Effects of Radiation in the Environment (COMARE), the UK Scientific Advisory Group for Emergencies (SAGE) at the time of the Fukushima Dai-ichi accident, and various technical groups for WHO, IAEA, NEA/OECD and US NCRP. He has been Editor-in-Chief of Journal of Radiological Protection since 1997.

Abstract:
Recent studies suggest that every year worldwide about a million patients might be exposed to doses of the order of 100 mGy of low-LET radiation, due to recurrent application of radioimaging procedures. This webinar provides a synthesis of recent epidemiological evidence on radiation-related cancer risks from low-LET radiation doses of this magnitude. Specifically, reviews of recent results are given with respect to a) the atomic bomb survivors (by W. Rühm), b) low dose-rate exposures during adulthood (by D. Laurier), and c) in utero and childhood exposures. (by R. Wakeford). Taken together, substantial evidence was found that ionizing radiation causes cancer at acute and protracted doses above 100 mGy, and growing evidence for doses below 100 mGy. It is concluded that doses of the order of 100 mGy from recurrent application of medical imaging procedures involving ionizing radiation are of concern, from the viewpoint of radiological protection.