Since the initiation of the International Day of Medical Physics (IDMP) in 2013 by IOMP, this day is widely celebrated over the years in Europe. National Member Organisations (NMOs) of EFOMP, Universities, Hospitals, Institutes and Research Centers are organizing events, public lectures, workshops, social media campaigns, games, videos spotlighting the various career paths. To support and communicate further this important day for our medical physics community, IDMP dedicated subpages are being created every year inside the EFOMP new website which was launched on the 4th of September 2017. The subpages contain the IDMP yearly theme, IOMP – IDMP message and related links as well as the activities organized in the European countries [1]. In addition to this action, the Winter edition of the quarterly EFOMP newsletter (European Medical Physics News) is also dedicated every year to the IDMP and publishes articles containing European celebrations [2].
This year, EFOMP’s governing committee, planned the Annual Council and Officers meeting to take place in Kaunas, Lithuania in the week prior to the 7th of November to coincide with Marie Curie’s birthdate. A hybrid EFOMP school edition on “Individual dosimetry in medical applications” was also organized in conjunction with the 15th International Conference “Medical Physics in the Baltic States 2021”. During these four days, a variety of IDMP events took place such as Medical Physics Quiz games, related lectures, interviews and a visit to the atomic bunker “KGB Spy Museum” in Kaunas (Figures1,2,3). All events gathered together more than 100 participants from 25 countries. 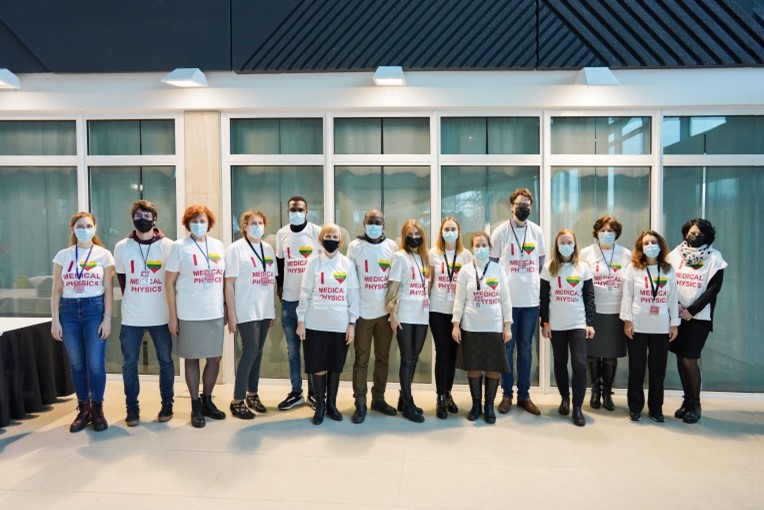 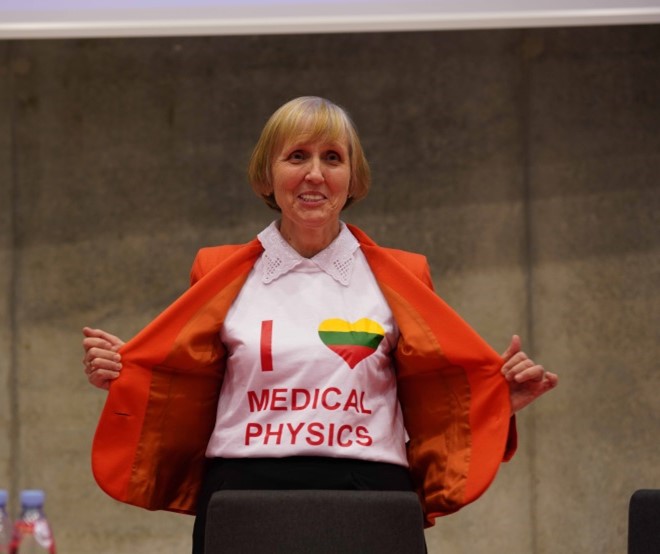 Fig. 2 Prof. Diane Adliene opened the Conference with a special mention to the IDMP. 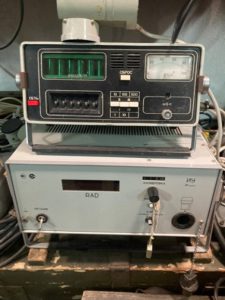 In Brussels, Belgium after one year and a half of online meetings, a decision was taken by the Belgian Hospital Physics Association (BHPA) to organize a real-life seminar and networking event on the occasion of the International Day of Medical Physics. The event consisted of a seminar with lectures by Federica Zanca (BE) and Keith Faulkner (UK) followed by food and drinks (Fig. 4,5). 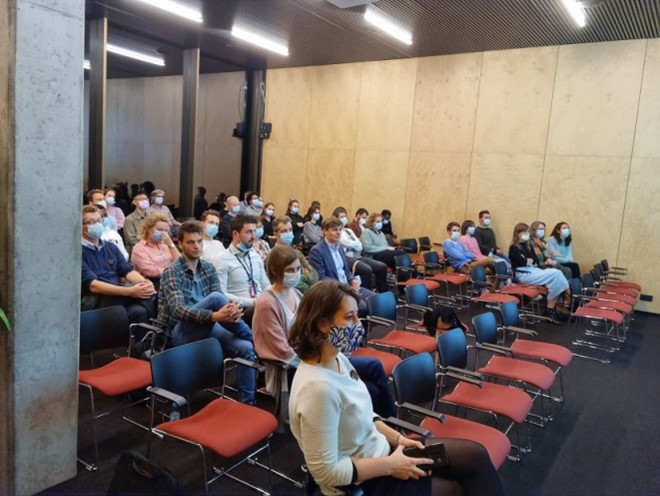 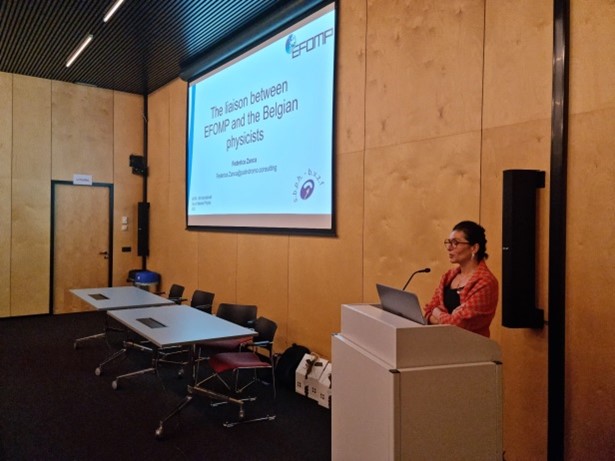 Traditionally, every year close to the 7th of November, the Croatian Association of Medical Physics organizes a mini in person symposium themed on “Medical Physics in Croatia”. This year, the event took place at the Department of Physics, Faculty of Science, University of Zagreb, with all necessary epidemiological measures against COVID-19 in place (Fig.6). Medical Physicists travelled to Zagreb from the cities of Split, Osijek and Rijeka to present their scientific and professional activities in medical physics. Due to COVID-19 situation, the symposium duration was smaller, and the number of presentations was reduced to six, but still, our forty colleagues managed to keep the tradition alive, achieving the goal of promotion and communication of medical physics profession in Croatia, and keeping the medical physicists connected. 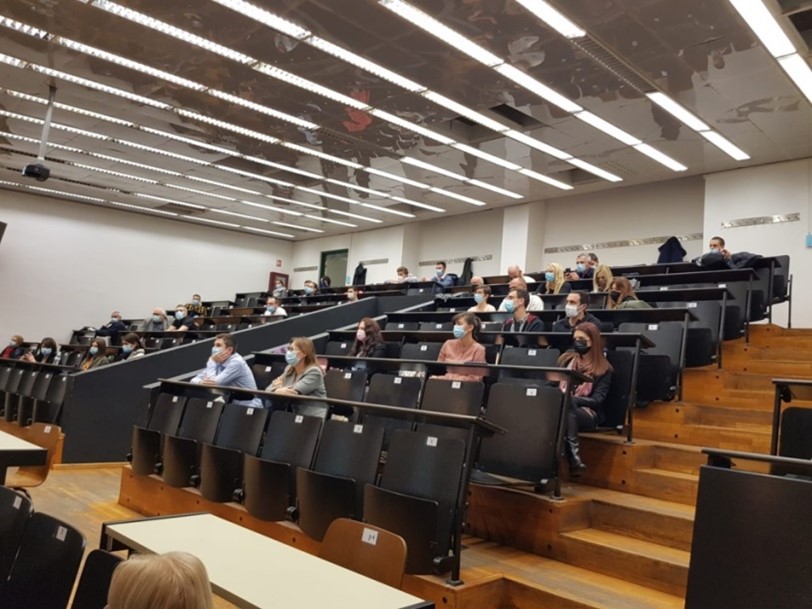 Fig. 6. The venue in Zagreb, Croatia (courtesy of Hrvoje Hrsak)

The French Society of Medical Physics created films to introduce the work of Medical Physicists in different disciplines and put together 9 illustrated messages to promote this special day using the Society’s digital channels (Fig. 7). 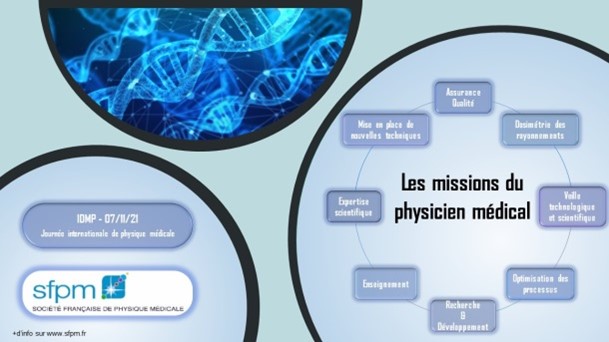 Fig. 7 Social media campaign by the working group in general public communication of the French Society of Medical Physics (courtesy of Arnaud Dieudonne)

The German Cancer Research Center (DKFZ) in Heidelberg organised a virtual International Day of Medical Physics. Following this year´s topic “Communicating the Role of Medical Physicists to the Public”, our colleagues explained the daily tasks and challenges in the field of “Medical Physics in Radiation Therapy” to all national and international participants who attended online (Fig. 8). The event was supplemented by short videos where members of DKFZ gave an insight into their daily tasks and challenges on a commonly understandable level. 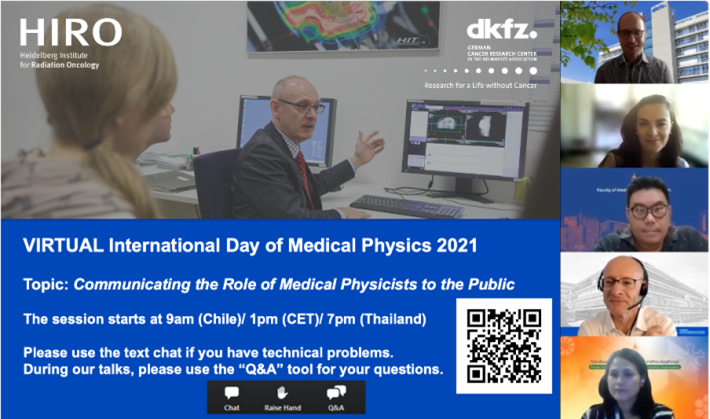 In Athens, Greece a public awareness event about the essential work of Medical Physicists was organized by the Medical Physics Unit of the Attikon University Hospital. A dedicated website, questionnaires and videos were created by junior members of the Hellenic Association of Medical Physicists (HAMP). HAMP’s social media channels have been used to promote all theses activities (Fig. 9).

The Italian Society of Medical Physicists organised a scientific day to celebrate IDMP, on the 5th of November at the Centro Congressi Paganini in Parma, Italian Capital of Culture 2021. The event was attended by almost 100 medical physicists in presence and 130 were connected online (Fig. 10). 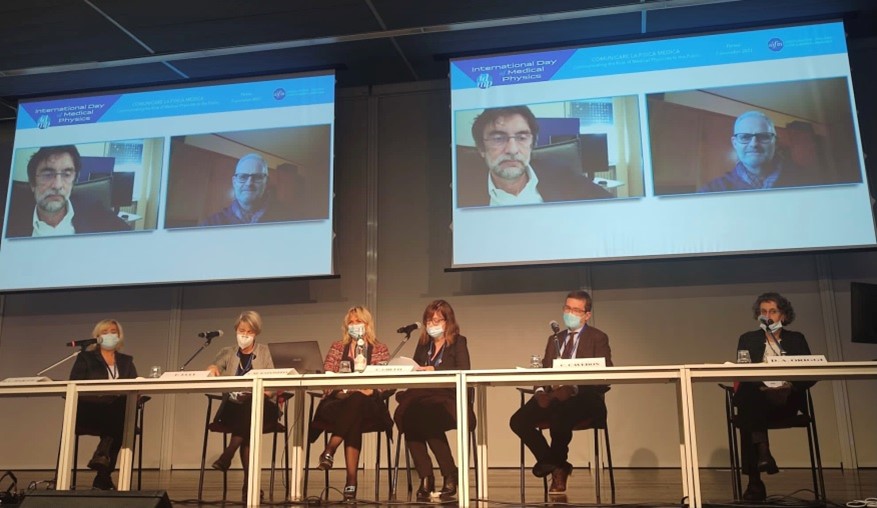 The Romanian College of Medical Physicists (CFMR) gathered online over two days to celebrate the IDMP through the 19th Romanian Conference on Medical Physics. For this occasion, CFMR has also prepared a video to publicize our profession and to explain the role of the medical physicist to the public. As well as a number of scientific sessions, CFMR President Loredana Marcu organized a round table that allowed discussions on various professional matters [2].
The Spanish Society of Medical Physicists celebrated IDMP2021 in Valencia on the 6th of November (Fig. 11). A social media campaign about Marie Curie and the profession of Medical Physics was also organised prior to that date, as well as a photo contest with a subject related to Medical Physics using the hashtag # 7NSEFMChallenge. The winning photo was the one whose publication has had the most likes on all social networks. 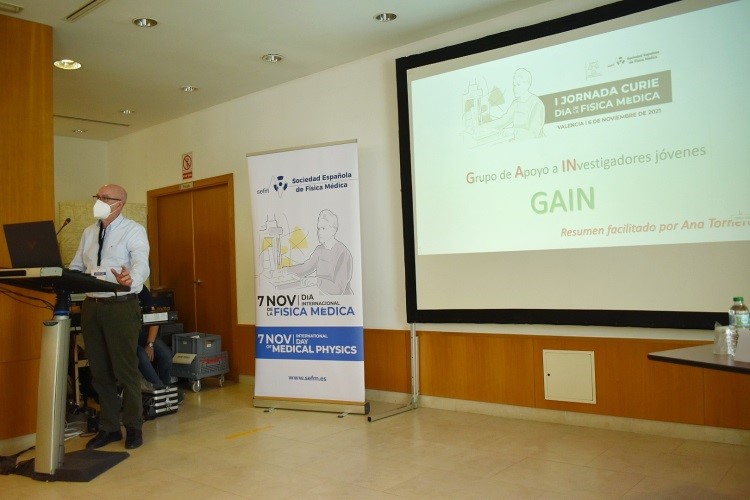 Fig. 11 Jose Perez Catalayud in Valencia, member of the EFOMP school board was the recipient of the IDMP2021 in Europe award (courtesy of Ana Tornero) 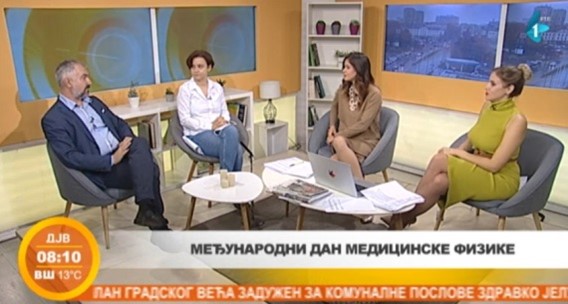 Fig. 12 Communicating the role of Medical Physicist in Serbia (courtesy of Borislava Petrovic)

IPEM in the United Kingdom has done several tweets sharing videos featuring the roles of a medical physicist and career profiles from various UK hospitals.
EFOMP and the European Medical Physics Societies have greatly use their communication channels to promote the day and inform people around the world about the crucial contribution of medical physicists in the healthcare sector, mainly in diagnosis, treatment, quality and safety. We are very grateful to all societies and especially to their young members in turning this occasion into a very special event.