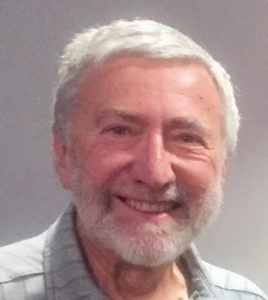 George Starkschall received an SB degree in chemistry from the Massachusetts Institute of Technology in 1967, an MA in chemistry from Harvard University in 1968, and a PhD in chemical physics from Harvard in 1972. After a postdoctoral appointment at The University of Chicago James Franck Institute, he transitioned into a career in medical physics, receiving his American Board of Radiology certification in Therapeutic Radiological Physics in 1977. In 1985 he accepted a faculty appointment at The University of Texas MD Anderson Cancer Center (MDACC), where he rose to the rank of Professor. While at MDACC, he was involved in many projects including the development of one of the first clinical three-dimensional treatment planning systems, a radiotherapy picture archival and communication system, and a method for obtaining time-dependent computed tomography image data sets. As an educator, he was involved in the medical physics graduate program in The University of Texas Graduate School of Biomedical Sciences, as well as having served as Director of Education in the Department of Radiation Physics, MDACC. After many years of teaching medical physics to graduate students and radiation oncology residents, he was instrumental in introducing several novel pedagogical techniques into medical physics courses at MDACC, including Peer Instruction, Flipped Learning, and Problem-Based Instruction. He was involved on many committees within the American Association of Physicists in Medicine (AAPM), including chairing the Education and Training of Medical Physicists Committee and the Education Council, and served as Editor-in-Chief of the Journal of Applied Clinical Medical Physics. He has been the recipient of many awards, including Fellowship in the AAPM and the American College of Radiology, the Robert J Shalek Award of the Southwest Chapter, AAPM, and the Edith H Quimby Award for Lifetime Achievement in Medical Physics from the AAPM. In 2010, he retired from his full-time faculty position, but maintained a part-time appointment on the MDACC faculty until 2017, where he continued to teach courses in the graduate program. Since 2011, he has been the Executive Secretary of the Commission on Accreditation of Medical Physics Education Programs.
He is married to Frada Boxer and is the father of two daughters and two stepsons. He and Frada have five grandchildren between them. When not in Houston, he can be found in the San Juan Mountains of southwestern Colorado.